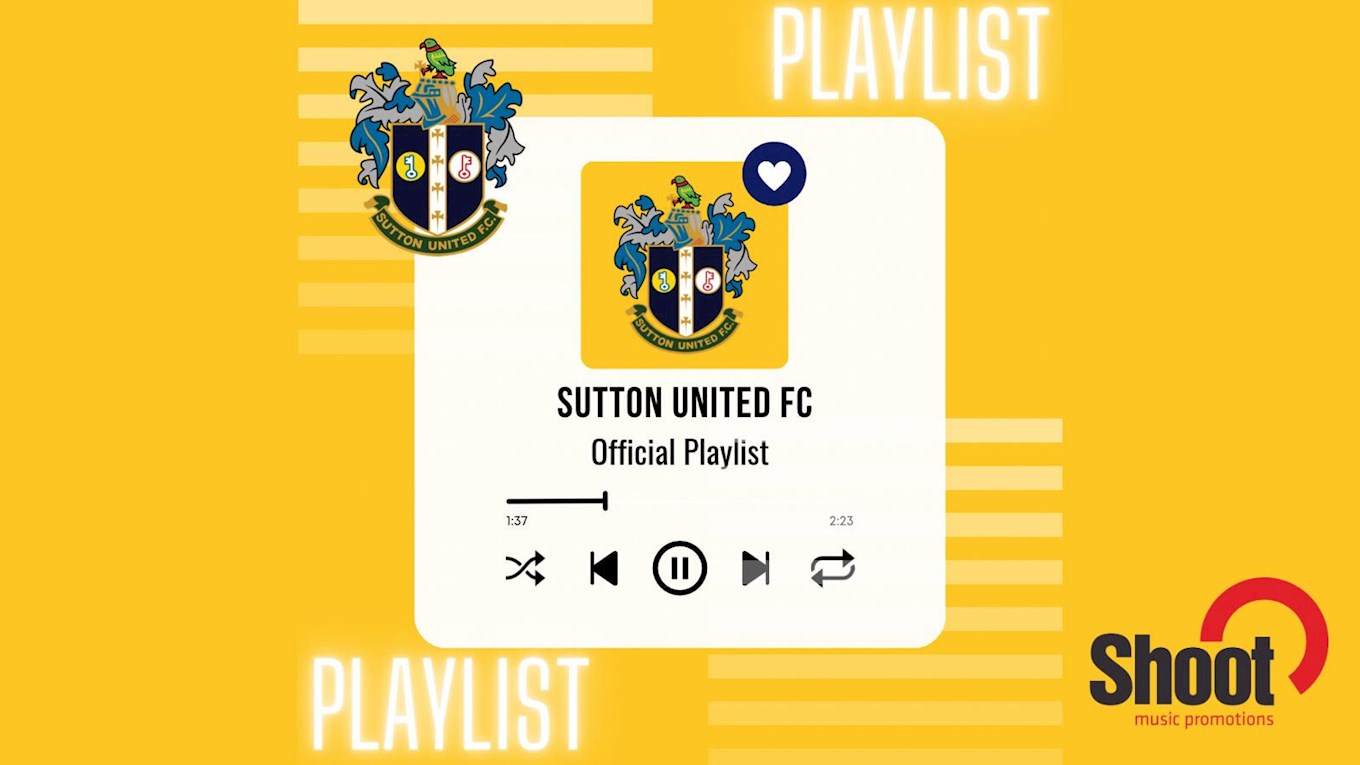 
Sutton United FC bring all the matchday sounds and atmosphere you love to streaming services by becoming the first football club in the UK to launch a commercial music policy with Linkfire.

This collaboration brings supporters a selection of Sutton United playlists which are currently available to stream on Spotify, Deezer and Apple Music via our official Linkfire channel.

The official Sutton United FC playlist is complemented by many songs familiar to U fans, including Sutton Fan Tim Vine’s epic ‘Rock Your Tambourine’ and the anthem by the singer-songwriter and former band member Billy Vincent Sleepy Joe ‘West Sutton to Wembley’, who composed the soundtrack for the trip to Wembley for the Papa Johns Trophy Final in the 2021/22 season. As well as Sutton’s anthems, the playlist also includes some of the greatest football terrace songs to get you in the mood for game days from Gala, Status Quo, The White Stripes, Endor and more.

Fans can also listen to the Sutton United FC Women’s Playlist, as heard in their dressing room each week, handpicked by members of the LSE Regional Premier league team, and Playlists Player Takeover, with defender Louis John the first to pick his motivational tunes.

As well as providing all of your fans’ favorite tracks, we’ll keep our finger on the pulse of all the hottest new releases with weekly updates thanks to our playlist partners at Shoot Music – the specialists in music promotion for the sports market. .