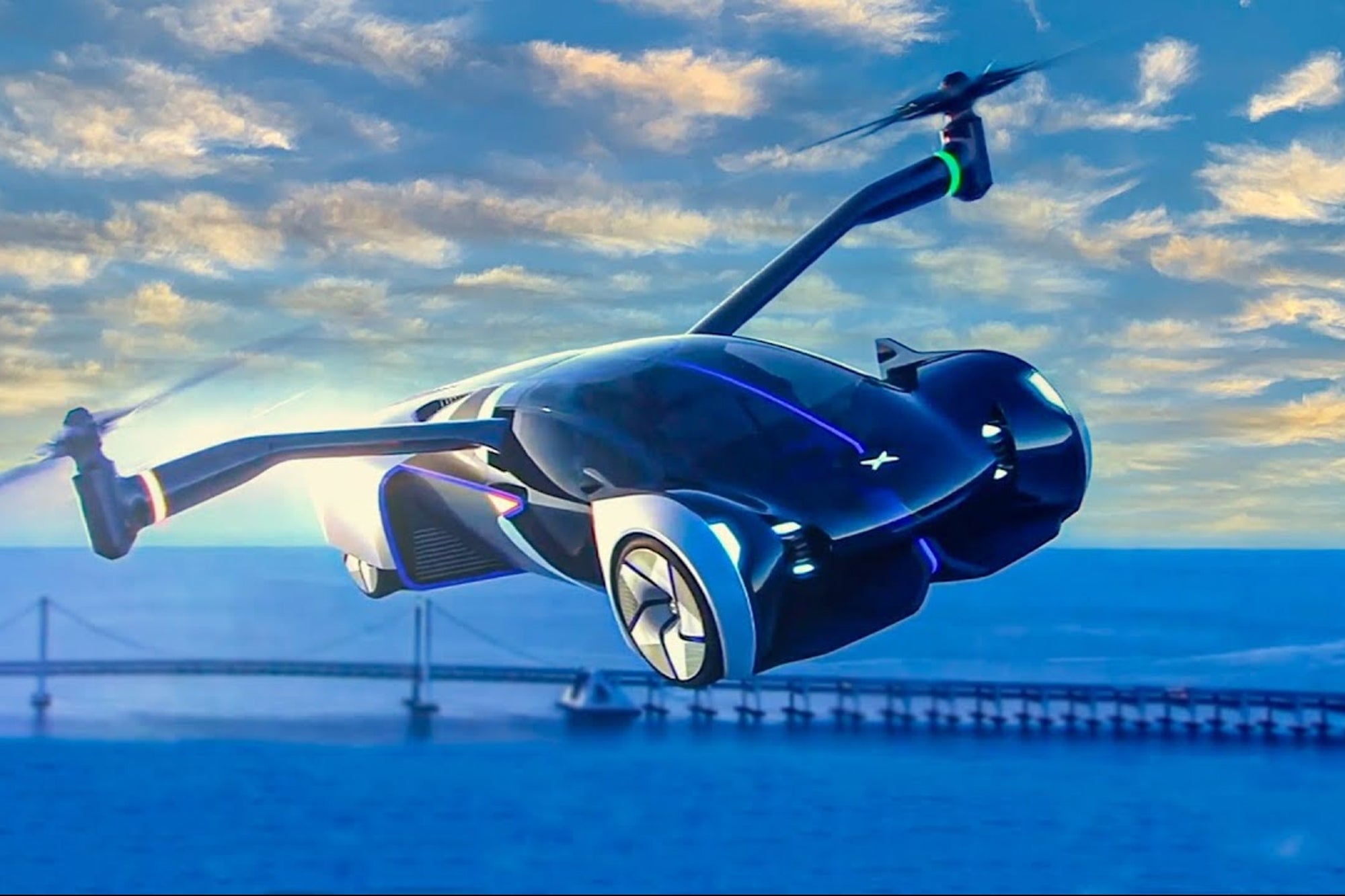 This article was translated from our Spanish edition using AI technologies. Errors may exist due to this process.

Flying cars have been imagined in different ways by various fictional universes in books, movies, and TV series. For several years, it has been rumored that some companies are working on its realization, but no commitment has been made to make it accessible to the public until now.

Xpeng is a Chinese company founded by He Xiaopeng and dedicated to the creation of electric cars. On Sunday, with HT Aero, they announced their new product: a flying car. The vehicle will operate on the ground and in the air using two propellers on its sides that will allow it to fly like a drone. These mechanical arms greatly increase the size of the vehicle, so that the car will not be able to take off if it does not have enough space for the propellers.

It will be available from 2024, although HT Aero says the final design will likely change by then. The model has had 15,000 successful test flights, demonstrating the safety of the vehicle. The car will be able to reach a speed of 128 km / h and carry up to 200 kg of weight. He will also have several precautions to take care of the passenger as a parachute in case of emergency , the company said.

Its production was funded around $ 500 million provided by investors who see the car with great potential in the future. He Xiaopeng, the founder of the company estimates that by 2040 10-15% of the Chinese population will drive flying cars.