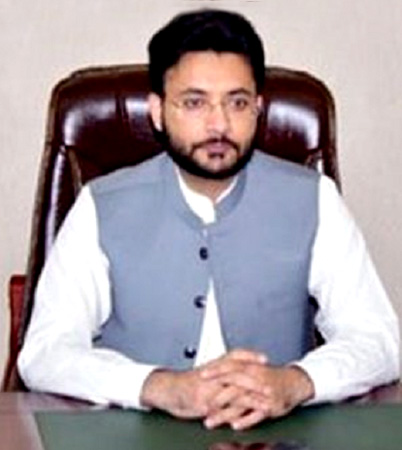 Minister of State for Information and Broadcasting, Farrukh Habib, said on Sunday that the government had drawn up a comprehensive strategy to provide loans to every low-income family to enable them to obtain their own accommodation through various policies announced by Pakistan Tehreek-i-Insaf (PTI) government.

He was addressing the swearing-in ceremony of newly elected members of the Jhang Journalists Union at the Jhang Press Club. He said that the government has started the Naya Pakistan housing project and instructions have already been issued to all banks to provide housing loans to target groups so that the aim of adding new housing can be reached as soon as possible.

Under the scheme, people could get easy loans for building their homes from 3 to 10 marla, he said, adding that banks had so far received loan applications of 260 billion. rupees, including loans of 130 billion rupees. have been approved and Rs 40 billion have been distributed so far.

He said the Kamyab Jawan program is also linked to the housing project so that low income people can get housing loans with a term of 3 to 7 years. He said the former rulers only gave people lollipops, however, the PTI government was taking practical steps for the welfare and betterment of the masses.

He said the government had started providing interest-free loans of up to Rs 500,000 under the Kamyab Jawan scheme to Khyber Pakhtunkhwa (KPK) and the scope of this facility was now extended to Punjab.

He hailed the health card system and said Prime Minister Imran Khan had made every Pakistani citizen a millionaire because the cardholder could get medical treatment up to Rs 1 million from the best hospital in Pakistan. his choice.

He said the former rulers preferred to seek treatment abroad as they failed to establish even a single quality hospital in the country. Now Prime Minister Imran Khan has introduced a universal health insurance scheme under which every family in Punjab would get the Sehat card by March 31 and the holder of the card would be entitled to get free treatment in any public or private hospital in the country. About 2 million people have so far availed of the treatment facilities through Sehat cards, he added.

He said the government was also working to equip young people with high-tech certification under the Skills for All program so they can start their own businesses instead of chasing jobs.

He said IT exports stood at $8 billion when the PTI came to power, and now it has risen to $3 billion, and the government is also trying to improve it further.

He said that Imran Khan was a visionary leader who preferred smart lockdown during the corona pandemic and this step was also appreciated by the global community as this decision not only saved jobs for millions of workers in Pakistan, but also accelerated the pace of industrialization and increased domestic exports. .

He said that in 2013 exports from Pakistan and Bangladesh were equal to $24 billion.

Later, Pakistani exports declined and they were recorded at $22 billion in 2018 while Bangladeshi exports were $47 billion.

However, Pakistan Tehreek-e-Insaf (PTI) after coming to power took cautious measures which caused a substantial increase in exports and now total Pakistani exports were $38-39 billion. He said that Pakistan was an agrarian country, but unfortunately no special attention was given to this sector. Pakistan has 220 million acres of land, of which 50 million acres were cultivable. Therefore, the government has allocated 300 billion rupees to increase the productivity of this sector under the PM’s emergency agriculture program, he added.

He said the energy crises have also shocked Pakistan’s economy. Now the government had focused on building 10 dams that would generate 10,000 megawatts of cheaper electricity upon completion.

Farrukh Habib said that the Punjab government has earmarked 740 billion rupees for development and the budget will be distributed equally among all areas under the district development system. This amount would be used to build new halls in 27,000 schools in addition to creating 18 new universities and 8 new mother-child hospitals in the province, he added.

He said the government has also clamped down on fertilizer hoarders and ensured the availability of urea fertilizer at Rs 1,800 per bag against its black sale at Rs 11,000 per bag. The government has also imported 19,000 tons of urea in addition to increasing its domestic production from 370,000 tons to 450,000 tons, which would help overcome the shortage of urea-based fertilizers in the country, it said. -he adds.

The Minister of State further said that strong steps were also being taken to address the real problems of the journalist community. In this regard, the government is also setting up an independent commission to ensure the job security of journalists. Experienced journalists would be included in the commission so that genuine media people could not be expelled from their jobs without proper justification, he added.

What the future holds for commercial design