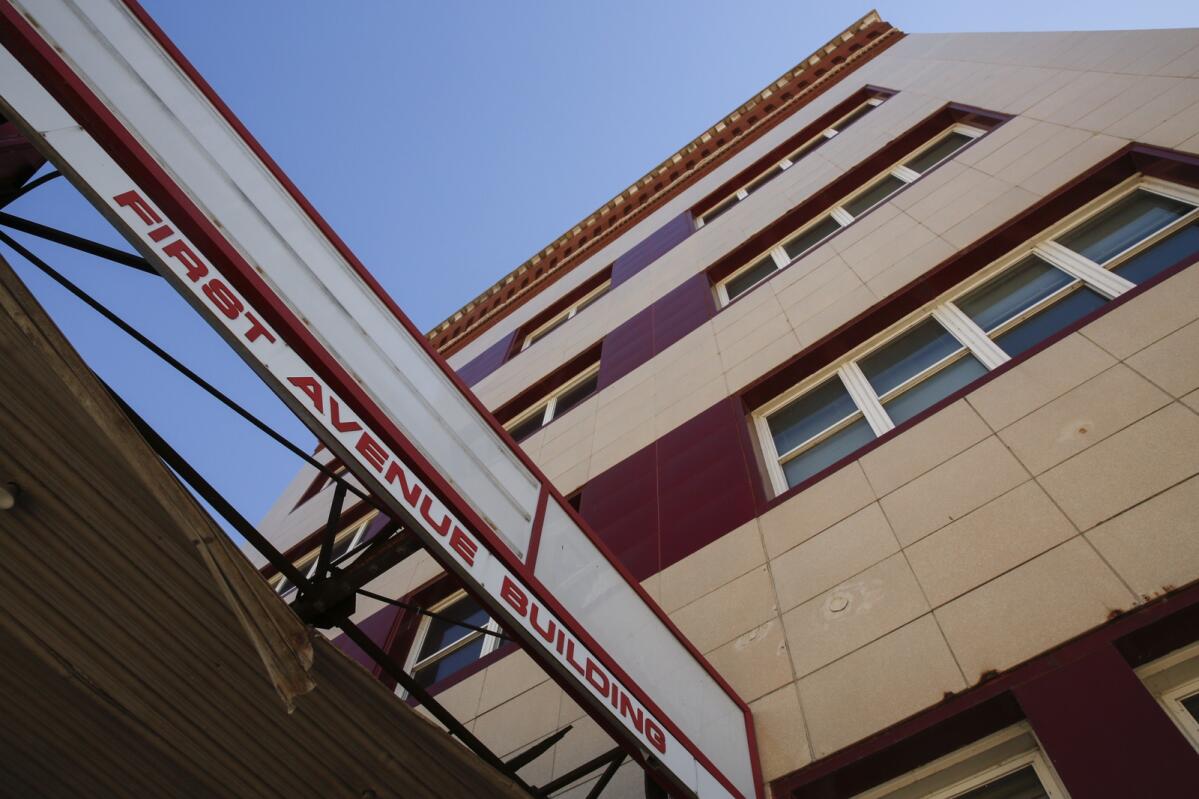 The state of affairs for the Cedar Rapids metro area commercial real estate for 2022 will likely look much like it did in 2021, according to a new report from GLD Commercial.

“Throughout the pandemic, the local office market has remained relatively stable,” noted David Drown, director and founding member of GLD, in the report.

“Many smaller employers are now back in the office while larger metro employers continue to be slow to return to pre-pandemic occupancy levels. Expect a continued hybrid of remote and in-office work as we move forward into 2022.”

The report, released Thursday, was compiled using data from the Cedar Rapids Association of Realtors MLS, the City of Cedar Rapids Assessor and the Linn County Assessor.

It tracks 2021 occupancy and rents for the Cedar Rapids Central Business Office District, or CBD; its suburban offices; the industrial market; retail and service properties; and multi-family and mixed-use buildings.

Adam Gibbs, vice president of GLD, when discussing the report with The Gazette, said the metro area as a whole is “a strong and stable market.”

But he added that “inflation and rising interest rates will have an impact” going forward.

The CBD, with some 3 million square feet of office space — not including hospitals — experienced a vacancy rate of 12.08% at the start of 2021 and “remained relatively constant throughout the year,” according to The report.

Hybrid work schedules and employees working from home “will continue to affect the daytime population” of the downtown area. This will affect bars, restaurants and businesses in the city centre. However, events at entertainment venues such as the Paramount Theater and Theater Cedar Rapids will help businesses at evening dining establishments.

The Barrel House, 201 First Ave. SE, is a 3,500 square foot restaurant located on the first floor of the building. (Jim Slosiarek/The Gazette)

The upper floors of the Iowa Building, at the corner of Fourth Avenue SE and Third Street SE, have been converted to residential units, according to the GLD Commercial report. (Jim Slosiarek/The Gazette)

This market, according to the GLD report, has remained “robust” over the past 36 months. The figures suggest that the activity will continue to be active “long before” this year.

“The demand for larger distribution and logistics buildings is largely driven by a focus on current and future supply chain demands,” the report said.

It consists of approximately 11 million square feet. Last year started with a vacancy rate of 5.5% but ended at 0.71%. Average rents fell from $5.25 per square foot in the first quarter to $6.21 in the fourth quarter, according to the report.

A jump in the second quarter was attributed primarily to the entry into the market of color web printer sales from Bowling Street SW. Lip balm maker Raining Rose agreed to purchase the 198,884 square foot warehouse in January this year.

Drown noted in the report that “…our market has seen a rush to rent warehouse space as well as an influx of new build industrial space. The rise of e-commerce, coupled with immense pressure on the supply chain, has forced retailers and manufacturers to seek additional space to store consumer goods and assembly materials.

The Toyota Financial Building, at 5055 N. River Boulevard NE and with more than 107,000 square feet, is expected to be on the market by the end of this year, according to the report. This is close to the land once occupied by the Transamerica buildings that were razed in 2021, near Highway 100 along Edgewood Road NE.

However, the report predicts that this market will stabilize this year, although suburban office sites are less likely to convert to multi-family residences.

He noted that most metropolitan suburban offices are for employers with less than 10,000 square feet, and the coronavirus pandemic has had less of an effect on them.

Debris is cleared from the former Transamerica location at the intersection of Edgewood Road and NE 42nd Street in northeast Cedar Rapids in October. (Jim Slosiarek/The Gazette)

Neighborhood centers offering a mix of retail and service businesses and food businesses will do well in the future, according to the report.

Empty box spaces will continue to be converted, such as the former Gordmans clothing store on First Avenue SE being redeveloped into a free time entertainment facility with arcade games, bowling alley and laser tag .

The fate of the biggest vacancies in the metro area remains to be determined – Sears and Younkers at the Lindale Mall in the city’s northeast quadrant, and the adjacent Hy-Vee grocery store, which closed in early January.

GLD’s Gibbs, in discussing the report, suggested that the Hy-Vee building would be suitable to be divided into three or four retail outlets, all with exterior entrances.

Nearby Sears and Younkers structures would be better for non-commercial or less conventional use, Gibbs said. He cited vacated site conversions in Westdale as examples – such as the U-Haul branch at a former Younkers anchor site.

The Cedar Rapids Metro retail and service market is some 9 million square feet, according to the GLD report.

As has happened nationally, the boom in Cedar Rapids metro home sales has pushed more people to rent, driving up rental prices.

But reports indicate that the increase in multi-family residences in the area should drive down rents.

The 2021 report can be viewed at gldcommercial.com or via the QR code above.

The six-story Guaranty Bank building is on the corner of Third Avenue SE and Third Street SE. (Jim Slosiarek/The Gazette)

The Iowa Building is on the corner of Fourth Avenue SE and Third Street SE. (Jim Slosiarek/The Gazette)

Employees work on the floor of the Eco Lips warehouse in Cedar Rapids in November. The previously vacant 86,750 square foot warehouse sold for $3.65 million, according to the GLD Commercial report. (Savannah Blake/The Gazette)

D-FW is the national leader in sales of apartments, industrial and commercial real…