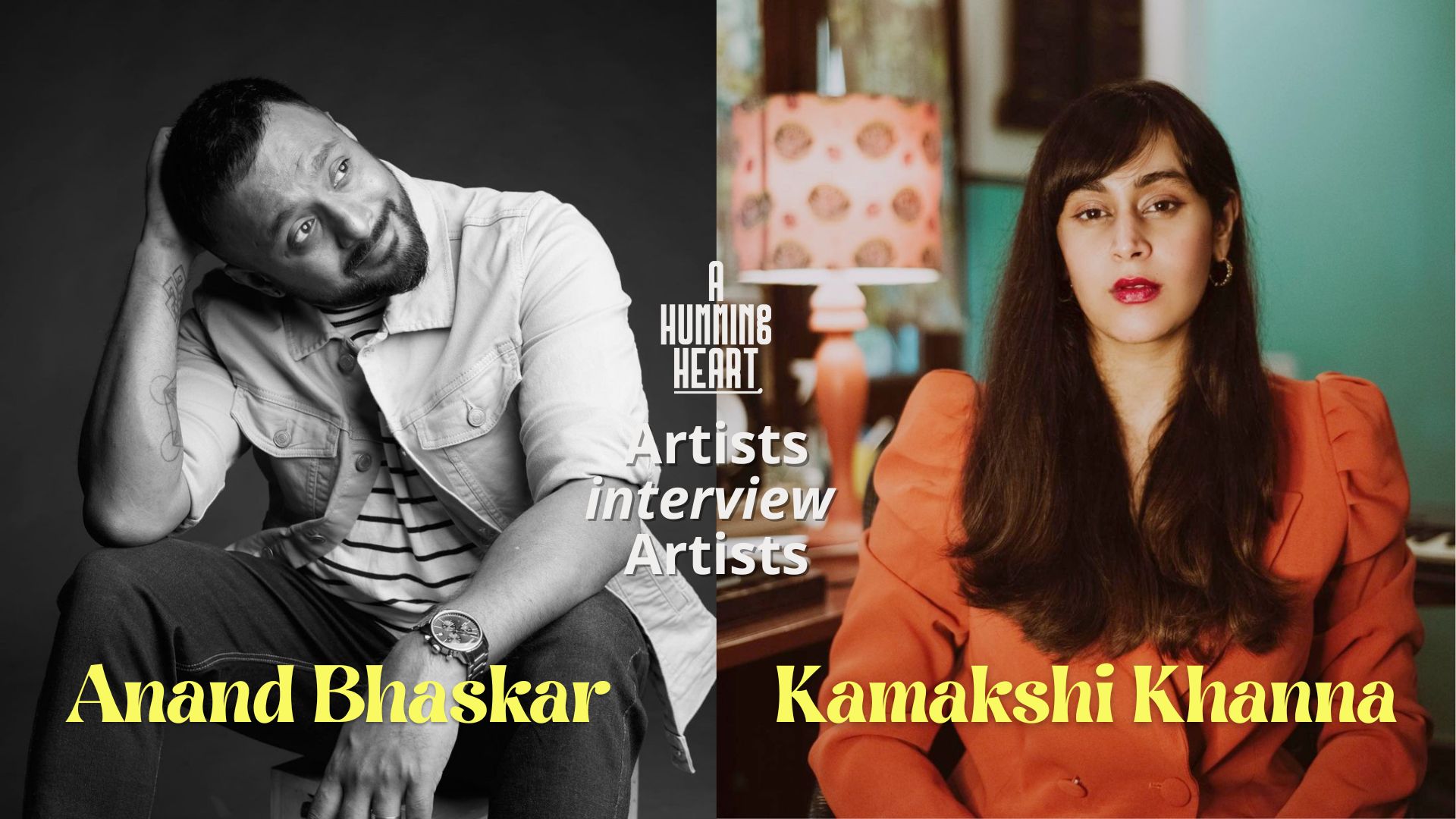 Interview of artists Artists is the brand new series from A Humming Heart where musicians compete against their peers to get to know them better and learn about their experiences in the music industry.

Anand Bhaskar is a singer and songwriter, the leader of the Anand Bhaskar Collective, and even more famously, the man behind beloved soundtracks like Mirzapurand more recently the latest Disney+ Hotstar series Masum!

Kamakshi Khanna is a singer-songwriter who has also been in the scene for a few years now. She recently found her music on Netflix The fame game and Prime Video Modern love: Bombay.

Although they know each other and know each other, it was actually the first time the two were going to have a one-on-one conversation, and they touched on a variety of topics – interesting, insightful and funny (our favorite trio ) – like honing their skills, how they find colleagues, their foray into commercial OTT music, and much more.

Here is an abridged and edited excerpt from part of their conversation, to encourage you to go ahead and watch the full interview right after.

Anand: This is actually the first time we’re going to have a one-on-one conversation. For anyone watching this, Kamakshi and I are going to interview each other. I’ve never done this before, I’ve never interviewed anyone else, forget an artist, or a fellow artist, or a singer, or a musician. It’s a new experience for me.

Kamakshi: For me too!

Anand: What is the new skill you learned recently?

Kamakshi: Related to music, I recently learned a bit about production. I learned a lot with my last outing with Sanjeeta [Bhattacharya]. It’s a song called ‘Swimming’. In this project, I learned a lot about how to produce music. It was the first time that I released a song that I had produced. Another thing I learned during this process was how to create a music video, how to research locations, so I think this project taught me a lot.

Otherwise, I recently learned to make risotto, and I don’t think I will ever do it again. It’s absolutely the worst!

Kamakshi: This is the hardest thing to cook!

What do you think? What are you trying to improve on, musically or otherwise?

Anand: Everything I’ve composed so far has been done by ear, I have no knowledge of music theory. I studied Indian classical music, but deep down I’m a rock musician. So, I think when I picked up the guitar, I was able to understand the correlation between the Indian musical concept, namely the Western musical concepts. So I’m currently focusing on learning music theory and that’s what I’m doing. Learn music theory by learning the piano, which I have failed so far.

That aside, one new skill I tried to learn, but couldn’t see through was…acting. In fact, I joined a theater troupe. My goal was not to audition, nor to play in a film or a web series. My goal was to make my live performances a bit more uninhibited.

I take pride in the fact that my band puts on great live performances. I just thought my interaction with the audience might be smoother than it is right now. I thought doing theater would really help me. And it did! I did four months of theater and I still can’t act for shit (laughs).

Kamakshi: Wow, that’s amazing. And that’s a great idea, I think I would also consider maybe, definitely. Generally speaking, a lot of times as musicians, just by default and as a professional hazard, we end up being so much in front of the camera and doing this stuff, interacting or being on stage and talking to the audience. And I’m sure it helps with everything, everything that nobody tells you, that you have to be good at.