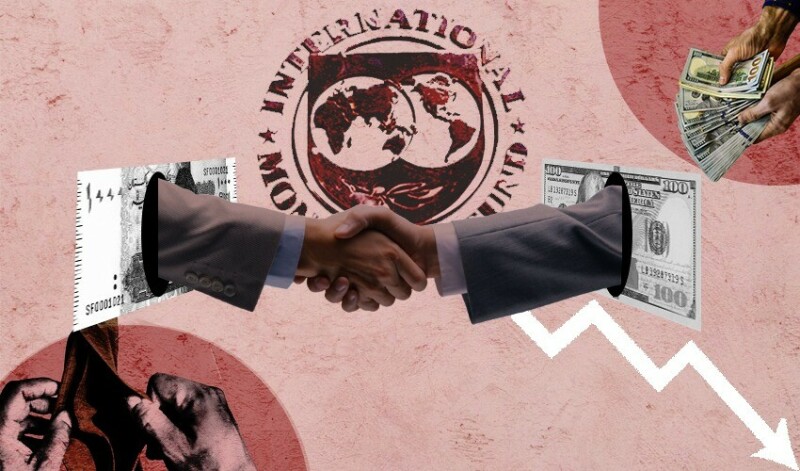 Pakistan has completed only one of the 22 programs, which explains the importance of the role of PML-N

The International Monetary Fund (IMF) has agreed to disburse nearly $1.17 billion to Pakistan by combining the next two loan tranches under the seventh and eighth reviews. This would bring total disbursements under the current program to around $5 billion.

The ruling Pakistani Muslim League-Nawaz (PML-N) government is also seeking to expand the volume and content of the programme. And if the fund grants the government’s wish, the IMF’s 22nd program for Pakistan will increase by $2 billion to $8 billion, while its duration will be extended for another year.

Let’s take a look at all IMF-run loan programs for Pakistan and how much money the country has received from the international lender.

Between December 1958, when Pakistan first approached the IMF, and July 2019, when it successfully negotiated the 22nd program, the Fund approved SDR 23.656 billion for Pakistan.

SDRs are units of account for the IMF and not a currency per se, but the IMF regularly sets their unit value to facilitate an estimate of the loan amount in five major currencies.

According to current SDR rates (also written in XDR), the IMF has so far approved $31.629 billion in loans for Pakistan.

But not all of this money has flowed to Pakistan, as only one of the 22 loans has been fully disbursed so far. However, it also partly explains the political and economic realities surrounding IMF programs.

History of the begging bowl

The history of Pakistan’s borrowing from the IMF could be divided into the following periods: first years 1950-1988, Benazir and Nawaz Sharif 1988-1999, Musharraf and Zardari 2000-2013, and Nawaz Sharif and Imran Khan.

In almost every one of those eras, no two governments have worked with the IMF in the same way, especially in the past two decades.

As Benazir and Nawaz Sharif took turns seeking IMF programs in the 1990s, the Musharraf government, which witnessed remarkable inflows of foreign currency, also had to knock on Washington’s door for financial assistance. .

And then the Zardari government abandoned the biggest IMF program ever when it was time to do so.

Imran Khan’s government surrendered to the IMF almost a year after coming to power. Initially, he had refused to seek help from one of Bretton Wood’s most important institutions.

The 2019 negotiations between the Imran Khan government and the IMF proved difficult, even though the Nawaz Sharif government had completed an IMF program only two years ago.

In September 2013, the IMF approved an Extended Financing Facility (EFF) of SDR 4.393 billion (about $6 billion) for Pakistan when the country was under Nawaz Sharif. Between 2013 and 2016, a total of 4,393 SDRs was disbursed in Pakistan.

A fully disbursed program indicates that the country has carried out financial reforms and achieved good economic results.

Yet when Imran Khan’s finance czar Asad Umar reluctantly approached the IMF in 2019, “stability gains since late 2016 [had] eroded,” and Pakistan was “again in dire straits,” according to a 2019 IMF briefing.

IMF documents showed that most of the economic management mistakes happened shortly after the IMF’s Extended Financing Facility ended in 2016.

Loss-making state-owned enterprises, growing circular debt and a soaring trade deficit have been blamed for the financial deterioration. Foreign exchange reserves have also been declining since 2017.

After deposing Asad Umar and installing Reza Baqir as Governor of the State Bank of Pakistan, Imran Khan’s government secured approval for an IMF EFF loan of 4.268 billion SDRs (still about 6 billion dollars) in July 2019.

The IMF disbursed a total of SDR 3,159.5 million to Pakistan under Imran Khan in four tranches.

The first disbursement of over SDR 1 billion came shortly after Pakistan joined the program in 2019. It was followed by a similar tranche in 2020 when the IMF disbursed SDR 1.015 billion.

The second disbursement was made during the Covid-19 pandemic, and the Fund relaxed some of the reform targets for Pakistan.

But that forced the government to make tough decisions in 2021 before releasing 350 million SDRs (about $500 million) in March 2021.

The government has increased electricity tariffs, removed several tax exemptions and adopted controversial amendments to increase the autonomy of the central bank.

The talks for the fourth loan tranche under the government of Imran Khan proved even more difficult. The discussion started in October 2021 and dragged on for weeks.

The stalemate forced Imran Khan’s government to seek help from US Undersecretary of State Donald Lu, and Shakat Tarin, then Minister of Finance, met him in Washington.

This is the same official who was later accused of orchestrating a “regime change plot” by Imran Khan.

Pakistan received 750 million SDR (about $1 billion) in early February 2022. However, at the end of the same month, then-Prime Minister Imran Khan announced a subsidy on gasoline and diesel , thus breaking the agreement with the IMF.

In March 2022, reports surfaced that the IMF suspended Pakistan’s $6 billion loan program. Negotiations for the revival did not begin until May. Imran Khan was then forced to resign and Shehbaz Sharif of the PML-N took power.

Talks on reviving the fund were concluded at the end of June, but not before the current government took tough decisions, including the withdrawal of tax breaks for employees.

After the formal announcement of the agreement at the personnel level. it was followed by an IMF Board of Directors which considered the combined 7th and 8th reviews before releasing the next tranche.

The Pervez Musharraf government received remarkable inflows of foreign exchange in the form of civilian and military aid for the most part in its nine years, but it received two IMF loans in the first two years.

IMF data shows that a total of SDR 520 million was granted to Pakistan in 2000 and 2001. The first was a SDR 465 million stand-by arrangement under which SDR 150 million was disbursed, and the second was an extended credit facility of SDR 1.033 billion under which only SDR 315 million has been disbursed.

Between 2001 and 2008, Pakistan shunned the IMF because foreign aid prevented a balance of payments crisis, but that money did little to bolster Pakistan’s foreign exchange reserves, which declined rapidly between 2006 and 2008.

In 2008, the Pakistan People’s Party government negotiated the largest ever loan of SDR 7.235 billion with the IMF. It was also the biggest stand-by deal ever.

After that, the PPP government did not complete the program as it received funds under the Kerry-Lugar program until 2013 when the United States stopped funding.

As the elections approach, it has not been easy for the party to implement the tough reforms demanded by the IMF.

The 1990s saw Benazir Bhutto and Nawaz Sharif request a total of eight IMF bailouts as the country grappled with the aftermath of the Soviet-Afghan war and political upheaval.

As soon as Benazir Bhutto assumed the post of Prime Minister for the first time in December 1988, she subscribed to two IMF programs: a stand-by arrangement of SDR 273 million and a structural adjustment facility of SDR 382 million.

Nawaz Sharif signed a loan of 265.4 million SDRs in 1993. The IMF disbursed 88 million SDRs to Pakistan this year.

Between 1994 and 1995, the government of Benazir Bhutto signed three IMF programs of 379 million SDRs, 606 million SDRs and 562 million SDRs. Disbursements were lower, however, and the Fund transferred SDR 123 million, SDR 133 million, and SDR 107 million before the removal of the PPP government in November 1996.

Nawaz Sharif then negotiated two loans – an Extended Credit Facility and an Extended Funding Facility – in 1997 for SDR 682.4 million and SDR 454.9 million, respectively. The IMF disbursed SDR 250 million before the overthrow of Nawaz Sharif’s government in October 1999.

Political instability prevented governments from implementing the reforms desired by the IMF, which was generous enough to approve loan after loan. However, this practice earned the IMF a bad reputation in the country as it became synonymous with higher tariffs and increased taxes.

The IMF approved the first major program for Pakistan in 1980 when it offered SDR 1.268 billion to the government of Ziaul Haq. This was more than the seven programs approved since 1958 combined.

Zulfikar Ali Bhutto signed four loan programs with the IMF between 1972 and 1977 for a total of only SDR 330 million. He withdrew 314 million SDRs.

It was Ayub Khan who first dragged Pakistan to the IMF in December 1958 to ask for only 25 million SDRs. In 1968 the IMF approved a SDR 37.5 million program for Pakistan, followed by another in 1969 of SDR 75 million. Of the total of SDR 137.5 million, the Ayub regime received SDR 112 million.