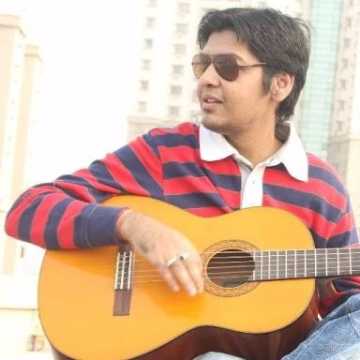 Happy to have been able to bridge the gap between rock and commercial music in Bengali films: composer Savvy Gupta

One of Bengali cinema’s most active musical directors, Savvy Gupta began his journey in 2012 with Khokababu. Over the past seven years he has worked with almost every director in the Bengali film industry and is appreciated for his varied musical style.

Keyboardist and foremost a fan of urban rock music, Gupta has already composed music for leading films such as Noor Jahaan, Inspector Notty K, Ghare And Baire, Chaalbaaz, Happy Pill and Sultan: The Savior this year. He has also written lyrics for films such as Mahapurush O Kalpurush (2013) and Rangbaaz (2013) and has lent his voice for many film songs including that of Ghare And Baire, Rangbaaz, Bibaho Diaries (2017), Samrat : The King Is Here (2016), Aashiqui: True Love (2015) and many more.

In a frank conversation with Cinestaan.com, Gupta shares some important moments from his journey so far and discusses the music for his upcoming Hoichoi Unlimited release.

How does it feel to be one of this generation’s most sought-after music directors?

I started working as a music director from 2011. Initially I composed two or three songs for each movie, now I compose the music for most of the movies that are shot in this industry. It’s really good and exciting to do what I dreamed of and I also want to do better.

When did you decide to become a music director? Have you been interested in music since your childhood?

I was very interested in sports as a child. I played cricket and dreamed of becoming a sportsman. At the same time, as in most Bengali homes, there was also a musical culture in my family. My sister was learning music and there was a musical environment. But I never really thought I would have a career in music.

First of all, I was inspired by AR Rahman when Roja released in 1992 and started learning the keyboard when I was in class 10, at school. My interest in music continued to grow and I started to work with a lot of bands, one of them is Insomnia, which I have played with the most and still am a part of it. Then I started to assist Neel Dutt, Indradeep Dasgupta and Debajyoti Mishra and I also did songs for them. Little by little, I received offers to compose jingles and then film songs.

How did you get your first break?

It was pretty accidental. I presented my works to various producers and directors, like a wrestler. I also played my work to Himanshu Dhanuka from Eskay Movies. Then I got a call from their office to compose the promotional track for Khokababu (2011). They liked my line-up and it was Dev’s [Adhikari, actor-producer] plan to sing the song. We were experimenting at the time and luckily Dev’s voice suited the song well. It became a huge success after the release. After Khokababu, I started to receive more offers.

I have seen that there is a tendency in Kolkata to confine musical directors to a particular genre. Some are only known for composing urban music while others are known for commercial tracks. As any musician wants, I also wanted to bridge genres and explore different areas. It was difficult at first and I mostly did commercial dance pieces.

Then I was introduced to Mainak da [Bhaumik] with whom I was able to work urban rock, which was in fact my strong point. As a wrestler I mostly composed urban tracks, but most producers rejected them thinking they sounded like band music or rock music. However, the situation has now changed a lot. There is a lot more acceptance these days. I am able to do alternative rock music as well as commercial music. I am happy that I was able to create this bridge and make my wishes come true.

You have also composed semi-classic songs like ‘Saiyyan Beimaan’ for Nabob (2017).

Law! These days, directors and producers are keen to support experimentation, and I’m fortunate enough to be able to break away from the conventional style of commercial songs. We fail or we succeed by experimenting and in this case, the support of producers and directors becomes important. The more they extend their support, the more the music will flourish.

How was the experience of working with pure classical singer Ustad Raza Ali Khan for ‘Saiyyan Beimaan’? Will you be working with him again?

Yes of course! He is a great singer and extremely sympathetic. He liked my composition of ‘Saiyyan Beimaan’. He didn’t have temper tantrums and sang the way we wanted. He also gave his contributions and it was very nice to record with him. I really hope to work with him in the future for this kind of compositions.

What are your favorites among the singers of the current generation?

It is difficult to choose one because there are so many. I love Timir Biswas and his singing style. I also like Raj Burman; he first sang my composition in Noor Jaahan. He gets a lot of offers these days.

Nowadays there is a tendency to release singles. Are you planning to launch one?

In fact, it is not a trend. If you dig a little deeper, you’ll find that non-cinematic music was pretty loud in the past. Now no one buys CDs and as a result a vacuum has been created. Every musician wants to do independent work outside of movies and I am no exception. Basically the trend started because of the urge to do independent works and it works best if you release a single song with a video. Yes, I could do something like that, once I get the chance.

Do you want to work outside the Bengali cinema?

Of course I want it but at the same time it’s not like I have to. If I get a good offer, I will for sure.

You have worked with so many directors. Who do you find the most musical?

I think they’re all musical in their own way. Musical preference is a relative aspect; it depends on the kind of music you listen to and a lot of other things. What I like is being able to work with directors with such varied preferences. For example, Mainak Da listens to a lot of western music and has similar tastes to mine. On the other hand, Joydeep da [Mukerjee] loves RD Burman songs. I like to explore all of these different areas.

Who are currently your favorite musical directors in Bengal?

I’ll have to take Jeet da’s [Jeet Gannguli] name in this regard. Jeet da started working at a time when no one listened to Bengali film music. He has a huge contribution to Bengali film music and is one of my favorites. I also like Neel da, Indradeep da, Arindam da. There is a lot to learn from each of them.

What are your upcoming projects ?

My next version is Hoichoi Unlimited. I also work in Raj Chakraborty’s Prem Amar 2. Another of my projects will be Googly by Surinder Film.

Tell us about the music of Hoichoi Unlimited?

I have worked with Aniket Chattopadhyay in many films before and my career started with Dev. The last time I worked with him was four years ago on Yoddha (2014). Dev sa is extremely particular about music and he loves new sounds, arrangements and interesting stuff. We did many sessions; some songs were rejected and others were approved. It has been an interesting journey so far.

The four pieces are quite different from each other. I composed a punk rock song for the first time in the Bengali cinema. They are situation songs but nevertheless carry a commercial flavor, like the songs of Paglu (2011); at the same time with the elements of modern sound and EDM. For example, ‘Sujan Majhi Re’, is a popular Bhaityali song.

While we were chatting, we found the phrase that fits this particular situation. So I only took the sentence, then I created an original composition and Raja Chanda wrote the lyrics. The song is now trending nationwide and I hope audiences enjoy the music.