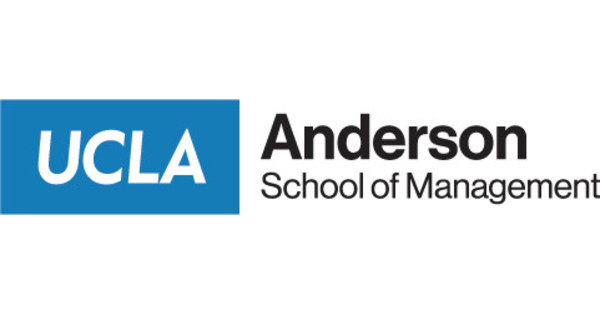 As the pandemic has progressed over the past two years, uncertainty about the future of office space has diminished. Companies have understood the value of having a team in the office in order to establish a culture, retain loyalty, induce creativity and mentor young employees. This return to the office will come with new flexibility, allowing employees to work in the office part-time, and will require changing the layout of office spaces to accommodate the post-pandemic work environment. This means that there will be a need for new office development to remodel existing offices, build satellite offices to limit employee travel, and create new mixed-use office complexes. The latest survey confirms that, overall, our developer panels are seeing and preparing for a turnaround in office markets. Office development as well as rental and occupancy rates are expected to improve in all markets with the sole exception Sacramento market, a market heavily dependent on the demand for space by the state government.

Driven by the rise of e-commerce, industrial space markets continue to perform best in Californiaas shown by almost all of our recent surveys (the May 2020 the survey was the exception). In the latest survey, general optimism about industrial space over the next three years has reached the highest level for a winter survey since 2015. This surge is driven by a forecast of significant increases in demand exceeding forecast and projected supply over the next three years, and stems from the current surge in demand which has pushed vacancy rates to surprisingly low levels. Los Angeles and Inland Empire vacancy rates are now below 2.0%, and Sacramento and the East Bay area are now between 3.0% and 4.5%. Regardless of the actual result over three years, it is clear that the construction of new industrial spaces still has years to go before reaching its zenith.

Despite increased demand for suburban single-family detached homes, continued work-from-home culture and falling rental rates, our multi-family panels are more optimistic for the next three years than they have been at any time. since 2016. This is largely due to the expected return of young workers to the heart of the city, as vaccines have brought city amenities back online and downtown offices plan to welcome workers. Fully 45% Bay Area and Southern California our panel developers plan to release multiple developments in the next 12 months, and an additional 23% in Southern California and 14% in the Bay Area are planning just one new project. For the eight markets studied, demand is expected to exceed supply through 2024.

Over the past four surveys, pessimism about retail occupancy and rental rates three years from now has diminished. In the latest survey, pessimism turned to optimism in four of the markets surveyed, all of which have low unemployment rates. In these markets, a growth in income generates a growth in consumption and, therefore, an increased demand for the retail trade. There are three forces at work to create this optimism. First, a limited return to the office has increased retail demand in the heart of each city. Second, the construction of new housing across the state has created demand for new retail businesses near that housing and will continue to generate that demand. Third, our panelists expect demand for retail establishments to reconfigure to a more open-air post-COVID concept in order to attract consumers to stores.

About Allen MatkinsAllen Matkins, founded in 1977, is a Californialaw firm based with over 200 lawyers in four major metropolitan areas of California: Los Angeles, Orange County, San Diego and San Francisco. The company’s areas of focus include real estate, construction, land use, and environmental and natural resources; corporate and securities finance, real estate and commercial, bankruptcy, restructurings and creditors’ rights, joint ventures and taxation; labor and employment; and trials, litigation, risk management and alternative dispute resolution in all of these areas. Allen Matkins can be found on the web at www.allenmatkins.com.

About UCLA Anderson ForecastUCLA Anderson Forecast is one of the most watched and often cited economic outlook for California and the nation and was the only one to predict both the severity of the downturn of the early 1990s California and the strength of the state’s rebound since 1993. The Forecast has been credited as the first major US economic forecasting group to call the 2001 recession and, in March 2020, he was the first to declare that the recession caused by the COVID-19 pandemic had already begun. Check out the UCLA Anderson predictions at uclaforecast.com.

About UCLA Anderson School of ManagementUCLA Anderson School of Management is one of the world’s leading business schools, with faculty members recognized globally for their teaching excellence and research in advancing managerial thought. Situated in Los Angelesgateway to the growing economies of Latin America and Asia and a city that personifies innovation across a wide range of activities, the UCLA Anderson MBA, the Full Employee MBA, the Executive MBA, the UCLA-NUS Executive MBA, the Master of Financial Engineering, Master of Science in Business Analytics, Doctoral and Executive Education programs epitomize the school. Think about the next philosophy. Each year, some 1,800 students are trained to become global leaders in pursuit of tomorrow’s business models and community solutions.anderson.ucla.edu