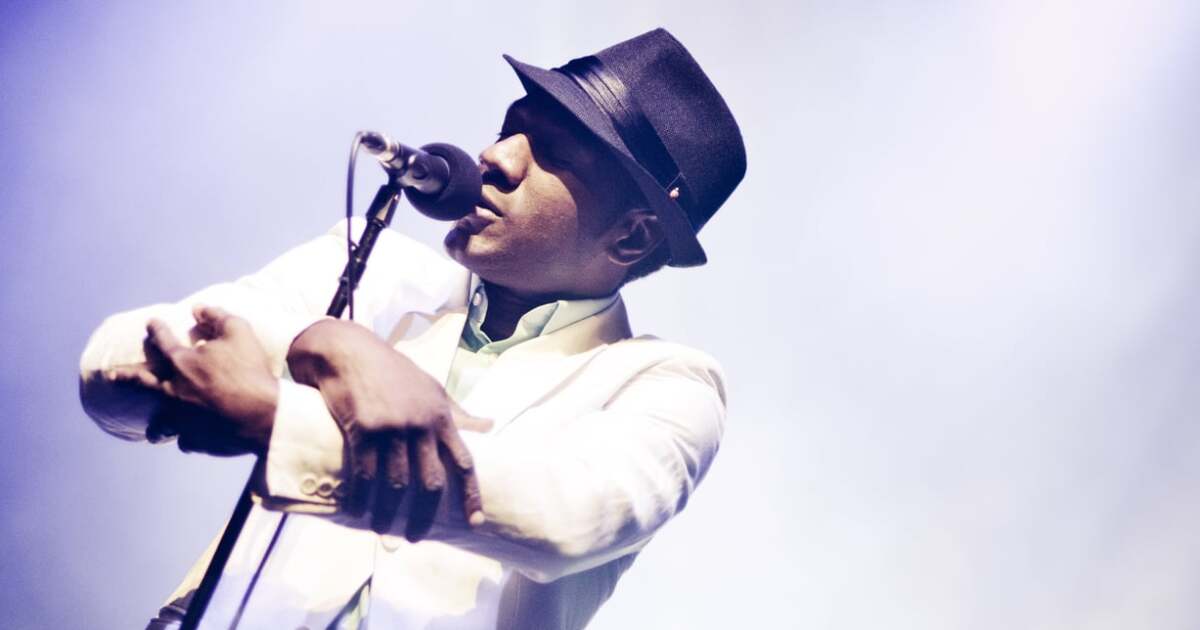 Aloe Blacc and the return of socially conscious commercial music

For â€œStudio A,â€ singer-songwriter Aloe Blacc performed new music and a cover of Joni Mitchell’s classic â€œBig Yellow Taxiâ€ from 1970. It was a fitting union for a contemporary pop artist who is also an activist of various causes to take a pop song from the 70s that deals with disregard for the environment.

From human rights to environmental justice, the call for all citizens to speak out has grown stronger and this could also have an impact on music. Are we heading towards a time like the 1960s and early 1970s, when musicians, young and old, use their voices – their instruments – to spread the call for political and social change?

Blacc thinks it could be. â€œI see what’s going on all over the landscape, from commercial music to independent music,â€ the Los Angeles-based singer-songwriter says off camera, â€œand I have a feeling commercial music will become like what happened in the 60s and 70s where there is more political and social music. “

Blacc is on the business side of the music spectrum. You might know him better from his collaboration with DJ / producer Avicii, â€œWake Me Up,â€ which was a monumental hit in 2013. â€œMy music is for sure commercial,â€ he says. “I’m on a major record label and my intention is to sell records, but I write songs with the mindset of writing a great song that will increase my chances of entering the Songwriters Hall of Fame, because you don’t get there by selling records, you get there by making great songs. ”

Blacc presents himself as an â€œartivistâ€, a portmanteau of the words artist and activist. Early in his career, he wrote songs that evoke struggles around the world (hear: â€œI Need a Dollarâ€ from his 2010 album â€œGood Thingsâ€) and has been involved in various causes. He was also outspoken on issues such as the rights of songwriters. â€œIt’s a discussion that I think is important,â€ says Blacc. â€œIt’s hard to change the laws. The songwriter laws are the last on the list. They are very old and they’re not going to change anytime soon. There isn’t a big enough lobby. We don’t. have no lobby that will pay lawmakers to change it, so it’s difficult. ” This work-related issue may impact Blacc’s artistic endeavors. As he says inside Studio A: The more control Blacc has over his work, the more time he can devote to activism. “I would say it’s useful from that point of view,” he adds.

While at Studio A, Blacc performed new songs. Among them was “Dandelion Down”, a story about a father and son that he says played for his own child. Blacc explained to KCET that he tries to use universal themes when writing songs so that they can be translated across borders.

â€œA lot of the songs I performed today are new songs and some of them relate to my family and the experiences I have had with children, my wife,â€ Blacc told KCET in his interview on camera. â€œOthers are songs that I wrote inspired by events that happen in society. I just wanted to tell the story of an ordinary individual.â€

In “Best Is Yet to Come”, which Blacc performed for “Studio A”, the artist says he gives advice to himself, as well as to listeners. â€œThe idea is that if you focus only on what makes you feel good and find your purpose in life, then you don’t have to worry about perfection in the abstract in the sense that your parents, your boss or the company tells you how to be perfect or what to do to be perfect, â€he says.

Blacc, who recently released the single “King Is Born”, started out as an MC in the hip-hop world, but eventually found his audience as a pop singer with an old soul vibe. He tells KCET that his goal is to give listeners “peace of mind.” He also wants to spread love. â€œI really believe that love makes the world a better place. It’s such a simple concept,â€ he says. “You hear it over and over again. It sounds clichÃ©, but in practice it makes all the difference.”

Some of Blacc’s work was not done with a specifically political message in mind, but came later to take on this role. This was the case for â€œWake Me Upâ€ when it was used in a video collaboration that explored immigration to the United States. This is an important question for Blacc, whose parents immigrated to the United States from Panama. â€œI think it’s important to humanize the subject,â€ he told KCET. â€œIn some circles people may talk about immigrants as objects, but we have to recognize that we are talking about human beings with hopes and dreams, families with their own trials and tribulations and they are just looking for a better life. Having said that, I try to use my music and my voice to speak the truth to power and tell the stories that I think will humanize the subject. â€

Meanwhile, the video for “Love Is the Answer,” from “Lift Your Spirit,” came about after discussions with the Community Coalition over the school-to-prison pipeline. â€œI thought it was important to make a music video that tells the story from a student’s perspective of how the school-to-prison pipeline is a real phenomenon and how important it is to Pay attention to it and think about how we’re going to change it, â€he says.

Blacc says his pop evolution has helped him get messages across to a larger audience. “It is important to discuss environmental issues and how some companies should pay their fair share of taxes and reduce their carbon footprint at the same time,” he said. “I think it’s important to keep discussing how we can impact the diseases that plague the world, like malaria, still killing a child every two minutes. There are solutions.”

Blacc adds: “I don’t want to dilute my message by having too many causes, but there are so many causes that are important. If I could have a song for each one, maybe this is the best way. . “